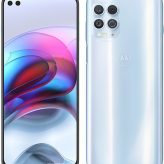 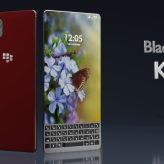 Xiaomi released Redmi 9 Power smartphone backed by a big 6,000mAh battery with fast charge support and a Snapdragon 662 octa-core processor. The smartphone includes a 6.5-inch full HD+ resolution display with a notch. On the optics side, you see a 48MP quad-rear camera set up and an 8MP front camera. Redmi 9 Power has a side-mounted fingerprint sensor. Let’s read more about Redmi 9 Power in detail and see what else it hides.

Redmi 9 power smartphone brings a 6.5-inch full HD+ resolution screen. The display comes with a resolution of 1080x2340px that amounts to 395ppi. Based on these given details the display is expected to show decent and detailed visuals. Furthermore, it comes in an aspect ratio of 19.5:9 having more than 83% of screen to body ratio. You get a decent screen size phone to counter the daily tasks.

Xiaomi Redmi 9 Power smartphone has a 48MP quad-rear camera setup with an LED flash. The cameras are vertically aligned. The 48MP primary camera is followed by an 8MP ultra-wide sensor with  120˚ viewing angle, and two 2MPs of a macro camera and a depth sensor completes the setup. For selfie lovers, there’s an 8MP camera inside the notch. Besides, the main rear camera records FHD 1080p videos @30fps.

Redmi 9 Power smartphone runs Android 10 OS based on custom MIUI 12. Under the hood, the smartphone houses a Snapdragon 662 octa-core processor that ticks at a clock speed of 2 GHz. The chipset is expected to run daily tasks without any trouble but running high graphic games might affect the performance. For the background performance, it has 4GB of RAM, and the graphical needs for the apps and games is handled by Adreno 610 GPU.

Xiaomi Redmi 9 Power smartphone packs a big 6,000mAh battery underneath. Also, it supports fast charging which saves time. Based on the battery size, a full day of power back up is expected under normal usage of the phone. Redmi 9 Power comes with an 18W fast charger out of the box and it also supports reverse charging.

Xiaomi Redmi 9 power smartphone comes with 64GB of internal storage capacity. This storage option can be used to fill with apps and games. Also, the phone has an extra storage card slot that makes up to 512GB of space.