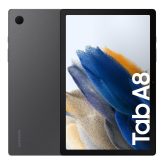 Realme C25y Price in Kenya and Full Specification in Kenya

Realme C25Y budget smartphone brings a big 5,000mAh battery, an entry-level Unisoc Tiger SoC with 4GB RAM and 128GB inbuilt storage, a rear fingerprint scanner, a 50MP triple rear & an 8MP selfie notch camera, etc. Down below are complete details of the Realme C25Y smartphone with the latest price in India. Read more about it and see if the phone matches your preferences.

Realme C25Y is fitted with a 6.5-inch LCD screen with a waterdrop notch. The phone uses an HD+ (720x1600px) display with a pixel density of 269ppi. On top of that, you get up to 420-nits (advertised) of peak brightness and nearly 88% of the screen-to-body ratio for better viewing.

Realme C25Y runs on the Android v11 operating system with Realme UI on top. As for the performance, the phone relies on an entry-grade Unisoc Tiger T610 chipset with a 1.8GHz octa-core processor. Besides, the SoC is integrated with 4GB RAM and an Arm Mali-G52 GPU for multitasking and graphics. Biometrics security included are a rear-fingerprint scanner and face unlock support.

As far as the battery capacity is concerned, the smartphone is fitted with a big 5,000mAh Li-Po battery under the hood. And, you get a fast 18W charger to quickly charge your phone. Also, its reverse charging feature can be used to charge other devices via a USB cable.

Realme C25Y comes with a huge 128GB of internal storage capacity for keeping your favorite apps and games. Also, the phone has a dedicated SD card slot in case you need extra storage.

The smartphones’ connectivity options are 4G, VoLTE with dual standby, Wi-Fi, Bluetooth 5, a micro USB port, and a 3.5mm headphone jack. Location tracking constellations like GPS with A-GPS, GLONASS, and BeiDou are present.