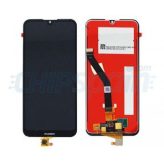 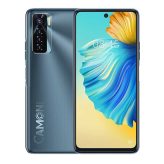 OnePlus Nord N200 is a budget smartphone from the Chinese smartphone maker. After delivering high-end smartphones, now, the company has targeted the affordable segment of smartphones to attract buyers. Talking about the specifications, OnePlus Nord N200 runs on the Android 10 operating system with Snapdragon 460 chipset coupled with 4GB of RAM and 64GB of UFS2.1 storage.

OnePlus Nord N200 brings a 6.5-inch color IPS LCD display with a punch-hole notch. The display has HD+ (720x1600px) resolution having a pixel density of 269PPI. The visuals are expected to be sharp and clear in an aspect ratio of 20:9. Also, the display is long enough to counter daily tasks and entertainment.

OnePlus Nord N200 sports 13MP triple rear cameras with an LED flash. The main 13MP camera is coupled with a 2MP macro camera and a 2MP depth sensor with autofocus.

OnePlus Nord N200 has Qualcomm’s entry-level Snapdragon460 chipset with 8-performance cores that runs at the clock speed of 1.8GHz. The phone has a fair 4GB of RAM that takes care of the background tasks and multitasking.

OnePlus Nord N200 is backed by an improved 5,000mAh battery that may give a day of power backup under average usage. Also, the phone comes with an 18W fast charger out of the box, which is there to charge the phone in less time.

OnePlus Nord N200 comes with 64GB of UFS2.1 storage. This affordable phone might draw buyers with its UFS2.1 storage that can be used to transfer/receive files faster.

OnePlus Nord N200 has the usual sets of connectivity options that include 3G, 4G, and VoLTE that enables HD voice calls and video calls on supported Jio networks, WiFi, Bluetooth 5, and USB v2.0 with Type-C port. For online navigation, the phone features constellations like GPS with A-GPS and GLONASS.