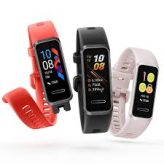 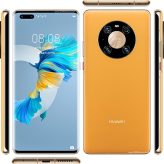 The Best Price in Kenya

Mi 10T Lite 5G is a mid-range smartphone from the popular Xiaomi Mi 10T series. The company has dropped the Mi 10T Lite with cool specifications onboard. The phone has a 6.6-inch FHD+ HDR10 supported display. On the optics side, Mi 10T Lite 5G sports a 64MP quad-rear camera setup and a 16MP punch-hole camera. Besides the camera, the phone houses an 8nm+ Snapdragon750G SoC coupled with ample 6GB of RAM and 128GB of UFS2.1 storage.

Under the hood, Mi 10T Lite 5G has a 4,820mAh battery supported with a fast 33W charger out of the box. Let’s read more about the phone in detail and see how it performs against the existing competitors.

Mi 10T Lite 5G has an 8nm process Snapdragon750G chipset with octa-core processors. The phone runs on the Android 10 operating system with MIUI skin on top of it. This midrange SoC is gaming-oriented and supports nearly every high-end graphic games. The phone houses Adreno 619 GPU with improved performance over Adreno 610 GPU. The background activities of the phone are assisted by 6GB of RAM. Also, it has useful sensors like Ultra-sound Proximity Sensor, 360° Ambient Light Sensors, Accelerometer, Gyroscope, Electronic Compass, Z-axis Linear Vibration Motor.

Xiaomi Mi 10T Lite 5G flaunts a 64MP quad-rear cameras with an LED flash. The primary 64MP camera with aperture f/1.9 is followed by an 8MP ultrawide sensor, a 2MP macro camera, and the last 2MP depth sensor completes the setup. For selfies and video calls, the punch-hole houses a 16MP camera. As far as the video recording is concerned, you may capture UHD 4K@30/60fps.

You may capture decent images using the camera but expecting pro like shots might not happen. However, the camera app has features such as HDR, AI Scene Detection, Panorama, Pro Mode, Raw Mode, Night Mode 2.0 for better camera performance.

Xiaomi Mi 10T Lite 5G comes fitted with a 6.6-inch color IPS LCD display with a punch-hole notch. The panel has an FHD+(1080×2400) resolution with a pixel density of 395PPI. The display supports HDR 10, has Sunlight display 3.0 that adapts brightness according to outdoor lights, and has reading mode 3.0 for better display light for assisting in the night. The panel refreshes at 120Hz which enables smooth touch sensing on the display during scrolling and gaming.

Xiaomi Mi 10T Lite 5G is backed by a 4,820mAh battery underneath. You may expect a day of power backup under average usage. Also, the phone comes with a 33W fast charging support out of the box.

Xiaomi Mi 10T Lite 5G has 64GB of UFS2.1 storage onboard. The internal storage can be used for stuffing apps and games. Also, the phone has an extra storage option that can be used to stuff music, pictures, videos, documents, etc. As a reminder, Mi 10T Lite 5G lacks extra-card support which limits the storage capacity.