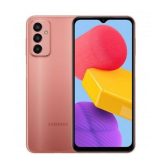 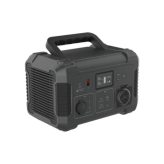 Samsung Galaxy M53 5G is a mid-range smartphone with a 108MP quad-rear camera onboard, a big 5,000mAh battery supported by a 25W charger, a side-fingerprint scanner, and a 6.7-inch FHD screen with a 120Hz of refresh rate. On top of that, the phone brings a MediaTek Dimesity 900 chipset paired with 8GB RAM and 128GB internal storage. Let’s dive into the details of the smartphone.

Galaxy M53 5G brings a 6.7-inch super AMOLED display with a punch-hole cut-out. It includes a full HD+ screen with a resolution of 1080x2400px and a pixel density of 394ppi. On the other hand, the display offers a 120Hz of refresh rate for better touch interaction.

The smartphone sports a 108MP quad-rear camera on a squarical bump. Its primary 108MP camera is followed by an 8MP ultra-wide sensor and a pair of 2MPs’ of a depth sensor and a macro camera. The front side of the phone carries a 32MP selfie camera with 4K recording support.

Samsung  M53 5G is driven by a 6nm MediaTek Dimensity 900 chipset with 8-performing cores. Also, it is paired with 6GB RAM and a Mali-G68 MC4 GPU that boosts its multitasking and gaming performance. As for the software, the phone runs on its native One UI 4.1 skin based on the Android v12 operating system.

Samsung Galaxy M53 5G comes with 128GB of internal storage space for keeping demanding apps and games. Also, it has a micro SD card slot that can be used to keep extra files. Comparing it with other smartphones in the market, the phone lacks UFS storage which might affect its performance.