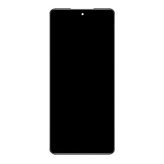 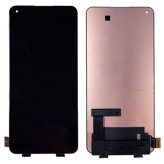 Nokia C10 is loaded with a Unisoc SC7331E octa-core CPU, a 6.5-inch IPS LCD HD+ display with a waterdrop notch, and it has a 3,000mAh battery with a proprietary in-box charger. Besides, the phone has a 5MP single rear camera as well as a 5MP selfie camera. On the connectivity side, it offers a 3.5mm audio jack and a MicroUSB v2.0 port. Let’s read more about the phone and see how it stands against other entry-level smartphones.

Nokia C10 comes fitted with a 6.5-inch IPS LCD panel with a waterdrop notch. Like most entry-level phones, the display has thick bezels all around. Besides, the screen offers a resolution of 720x1600px with a pixel density of 269PPI. Also, the display has decent size for watching movies in an aspect ratio of 20:9.

Nokia C10 runs on the Android 11 (Go-edition) operating system that keeps it secure for the upcoming updates. For countering day-to-day activities on the phone, it offers an entry-level Unisoc SC7331E octa-core CPU paired with 1GB of RAM and a Mali-400 MP2 GPU. Sensors included on the phone are Accelerometer and Proximity sensor.

A 3,000mAh Li-Ion battery blows life into the phone. It gets charged from a proprietary charger in-box charger. Deciding upon its battery size, a full day of juice is expected on normal usage of the phone.

Nokia C10 offers 16GB of inbuilt storage space that can be used for installing your favorite apps and games. Also, the phone has a dedicated microSD card slot for storing extra photos, videos, music, documents, etc.