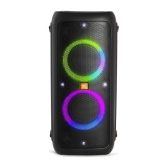 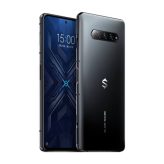 BT has a new 4K HDR set-top box on the way, after unveiling the highly specified BT TV Box Pro.

The BT TV Box Pro builds on the communications provider’s line of home set-top boxes, with more capabilities and features than ever, packing in 4K HDR streaming as well as Dolby Atmos audio and a whopping 600 hours of recordings available to store on its 1TB hard drive.

That’s twice the recording storage of the BT TV 4K Recordable Box, with never-before included HDR support, and with specifications far above the basic BT TV Box (which caps out at HD resolution, and can’t record programming for later use).

The BT TV Box Pro seems to keep the same silhouette of the other Recordable boxes, if with a slightly slimmer body. It’s very much made with modern 4K TVs in mind, and ditches support for SCART inputs in favor of the more commonly available HDMI connections on today’s smart TVs.